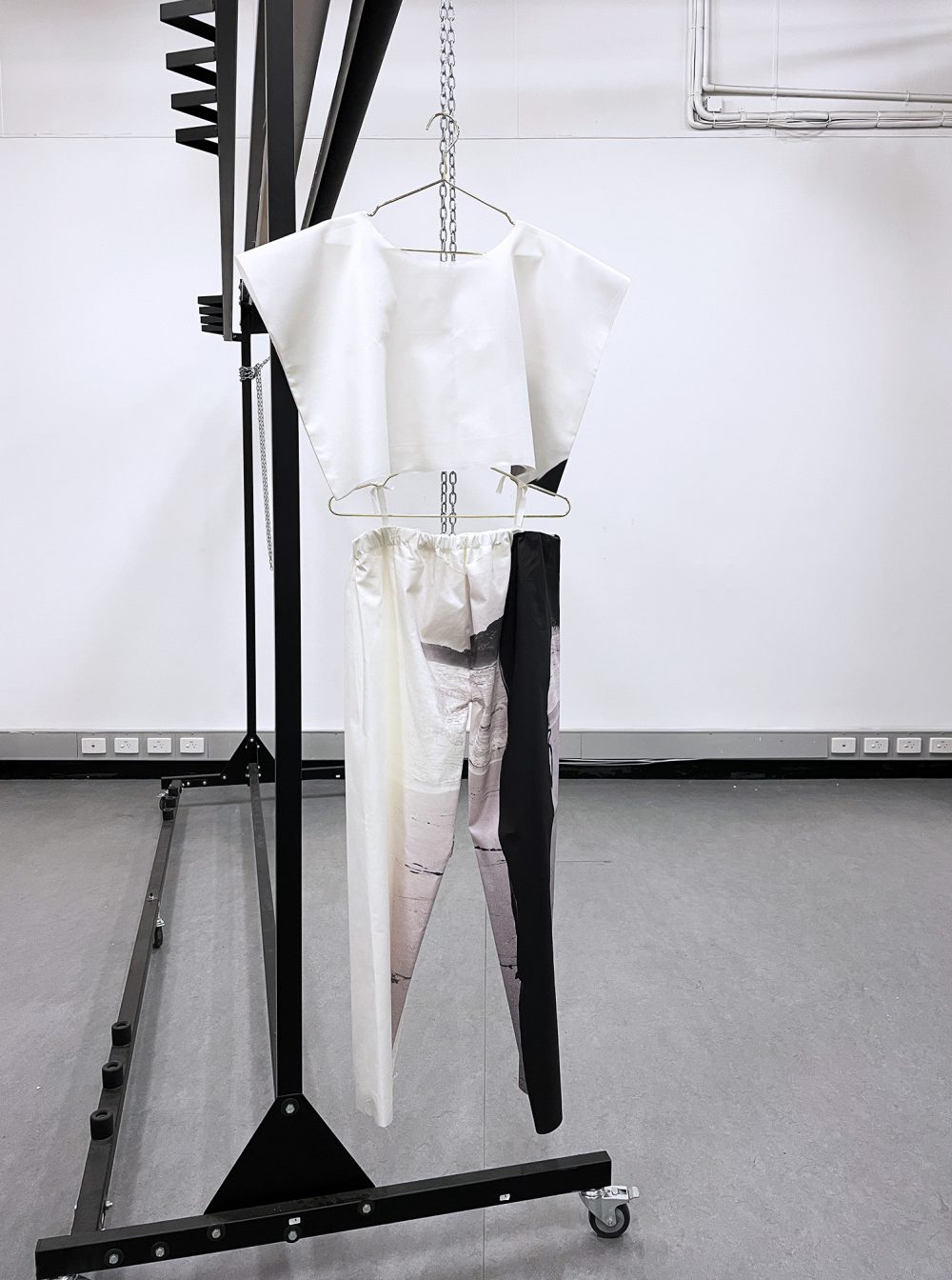 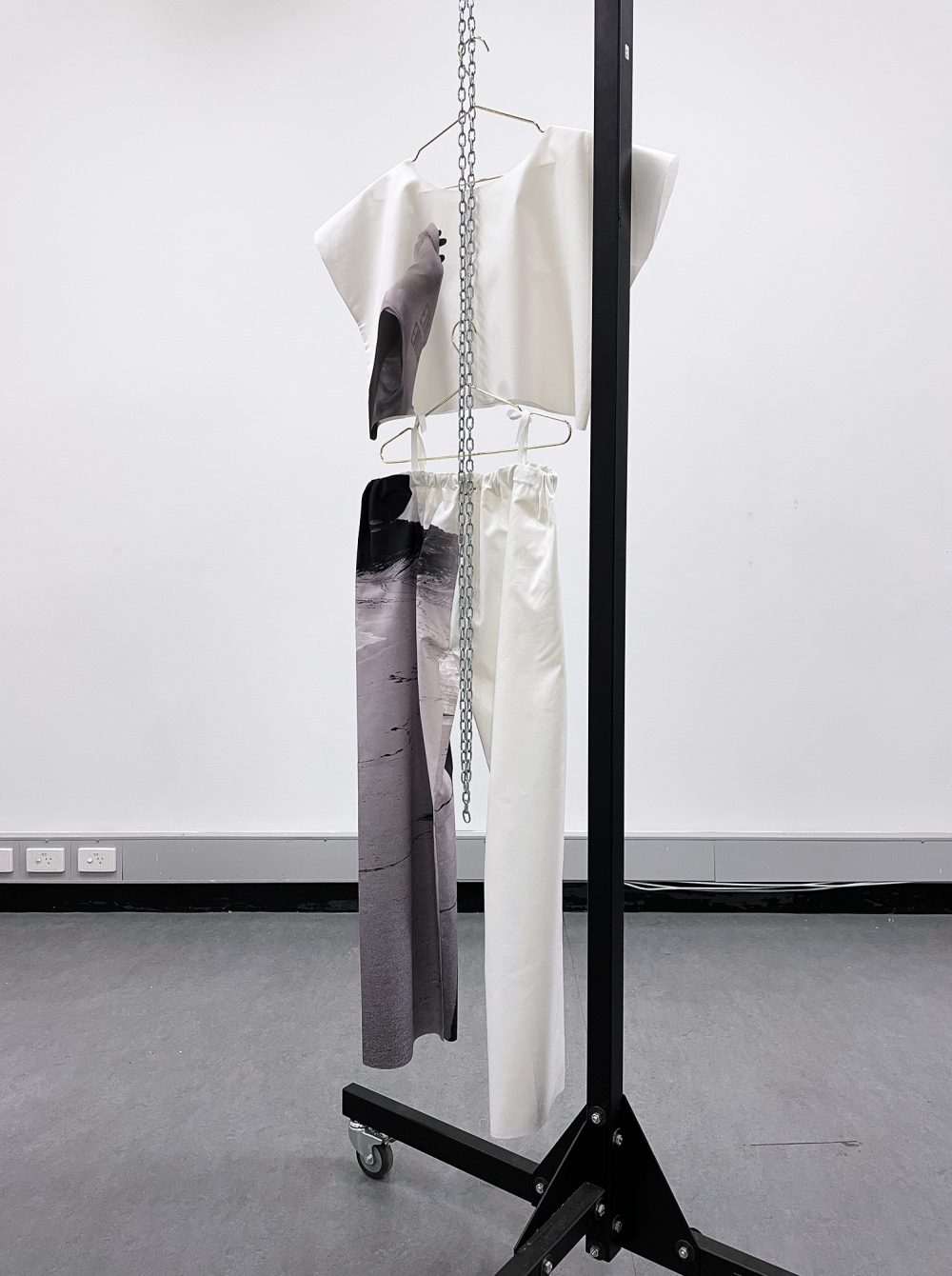 Even though this is only an early step in the project and not the final work, the reactions were good.

Many interesting interpretations came up and showed that there was in interest and enough space for everyone's own imagination.

Interest in the concept of “wearing a photograph” or “being wrapped around a person”. On the one hand, the viewer has to walk around the photograph (like a sculpture and the opposite of a 3D-photograph where one is emersed in). On the other hand, the person wearing the clothes will be wrapped in that photograph). People were curious to see the clothes on a person.

The unfinished quality is part of the deconstructed, post-modern fashion elements. > This could be where it is positioned?

Being textile and the feeling of clothes as a focus. Equally important as photography.

Not photographic work anymore, broken the boundaries of photography.

Pants of model: suggest that model is happy and relaxed. Pose of the model: rebellious, protesting, or free.

Fabric (that is stiff) maintains its presence as an image on the body.