Thoughts and questions I originally had for the test installation:

Put the “loud” images first. Then have a (bigger) break. Then show the rest. Then they work as an introduction/primer/appetizer to the work: Shift you from the space you're currently in.

Now, at the end, they are like a full stop. Because they are so powerful, you rush through the initial presentation to get to the final three.

This is an important thought when curating a show: How can you transition someone from where they were (other works or outside world or whatever) into the person you want them to be to look at the work. Sometimes it's about putting in a different kind of image, over-saturating an image, or doing something that brings them closer to an image that they immerse themselves in it. And then they move on to the next work with the right attitude.

It works differently with virtual exhibitions. There you have to find other ways to be loud and to transition people into your (mind) space.

Also, a different order of the three images: First Nikola's clothes, then the mirror, then the lamp. Journey people from being presented with powerful, strong, complex imagery into the more subtle, contemplating space.

Both parts are related. They form part of the same conceptual project around identity and who we are and the notion of the authentic self. But they are different takes on that. They are not a diptych, they are not one cohesive thing.

Having the subtle, contemplating images first might not work for people to get into the right mindset.

Have a bigger distance between them. So that it's clear that they are two separate parts of the work. They are of the same body of work but they are separate chapters within a book.

If you want to show them, you just figure out the best way how to do it. They don't have to work with the other images. They can exist in their own right.

For the final review: Two options.

For the test installation:

Do a test installation and presentation the week after I get out of isolation. And from there we can see if I need more time or if I am on track to submit the final work with everyone else. 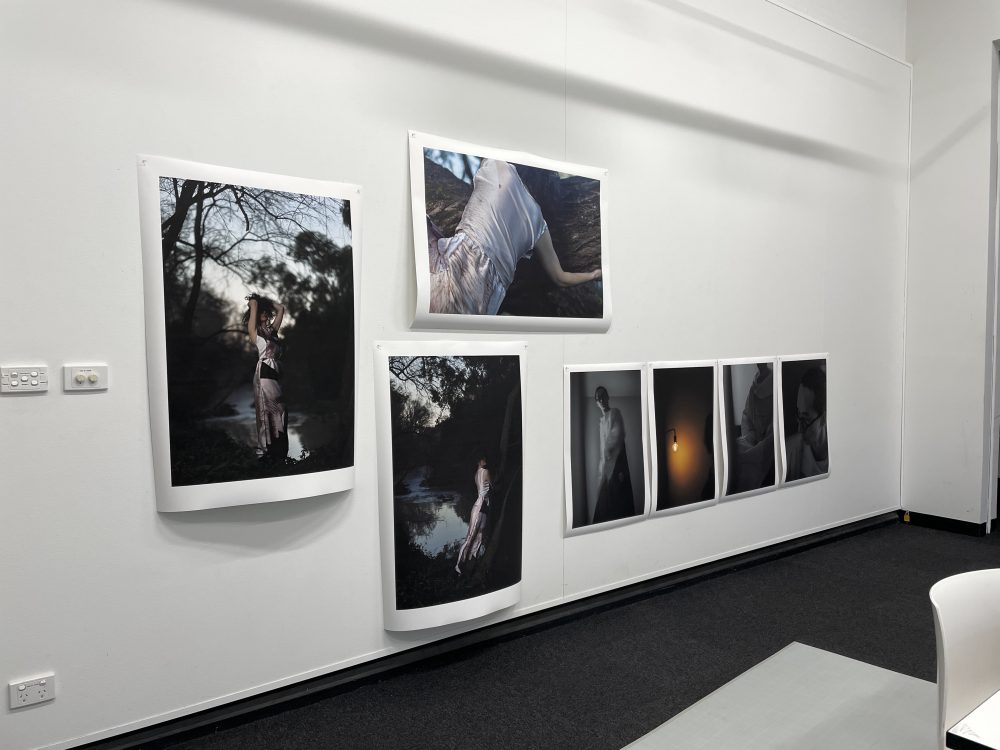 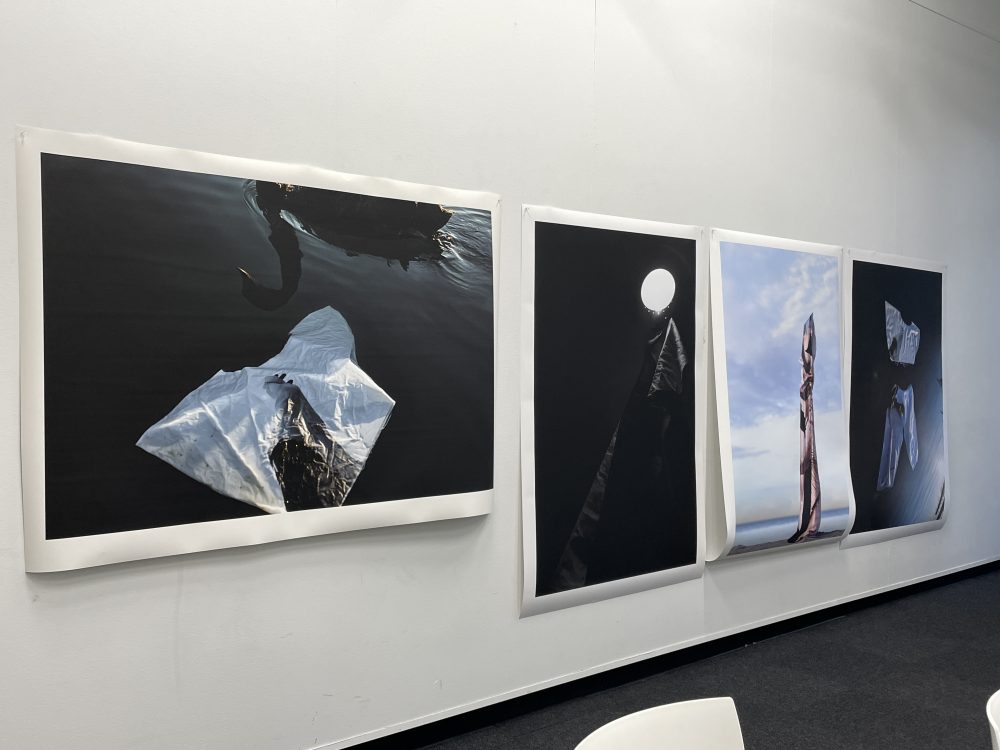 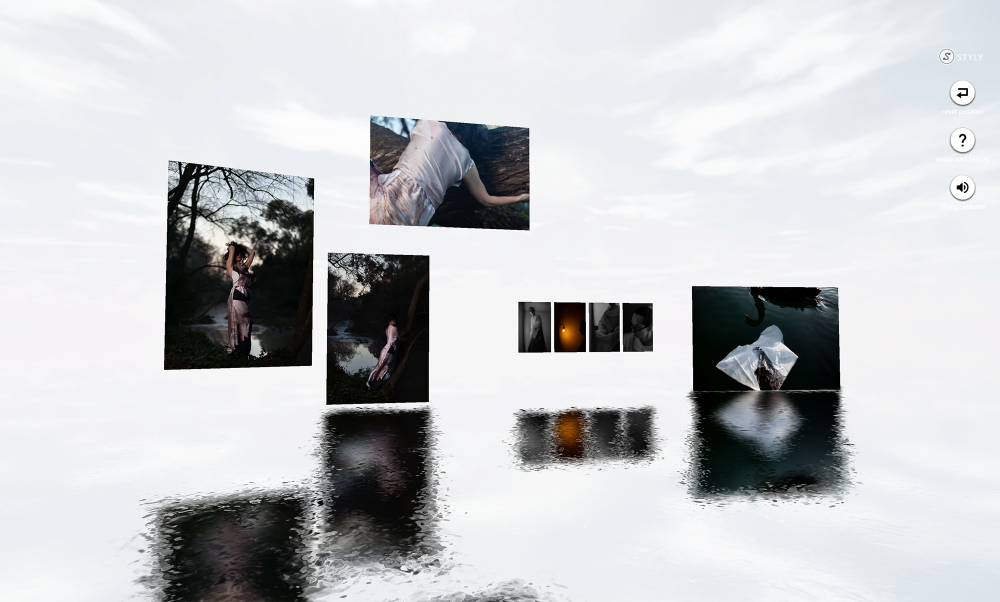 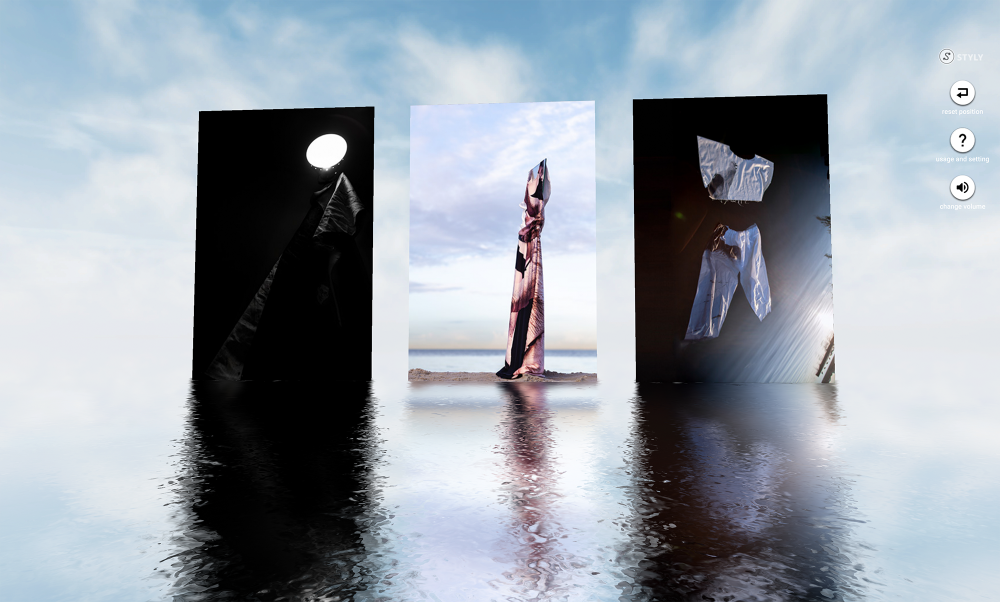 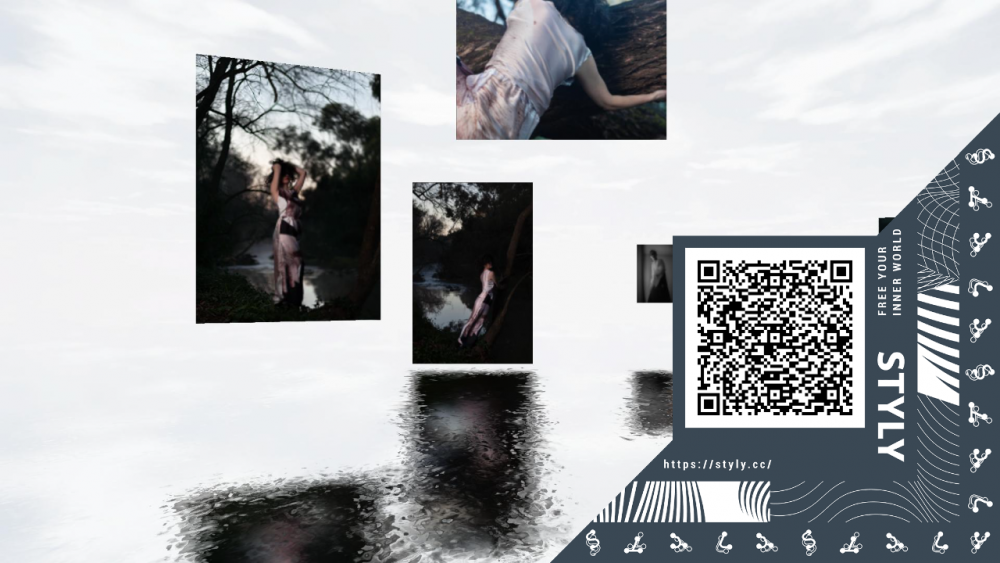 I made more images at the lake. The water wasn't as clear as the time before. I won't be able to re-shoot. 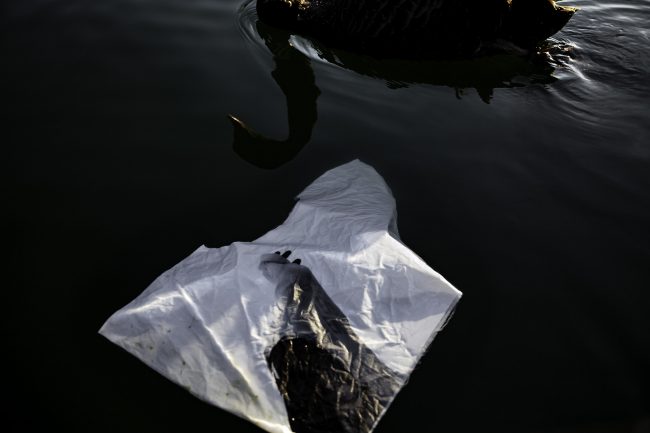 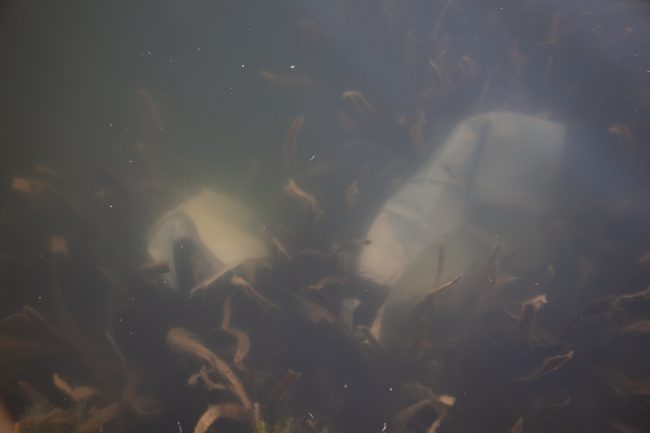 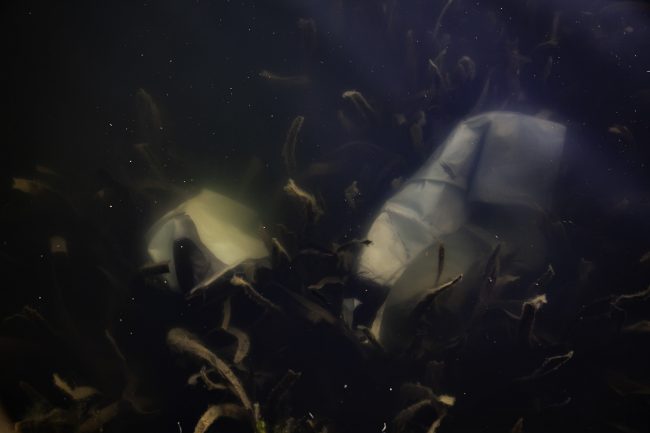 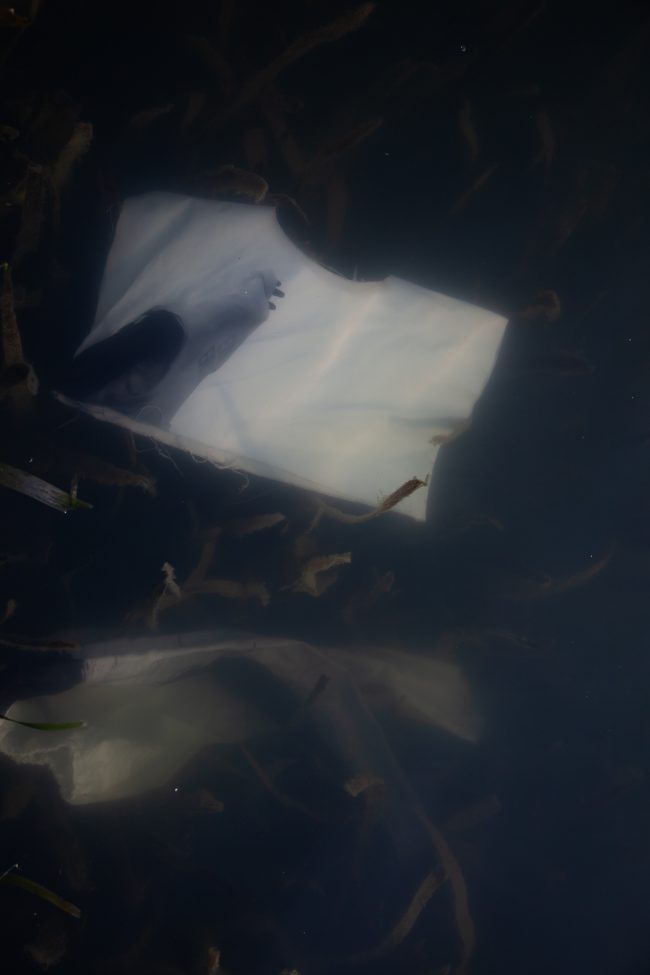 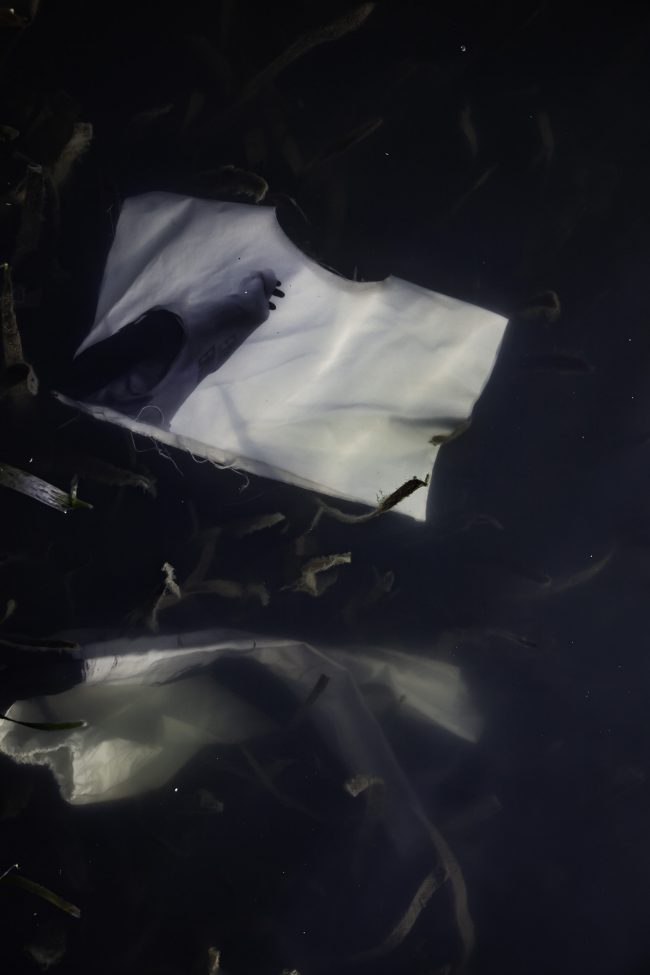 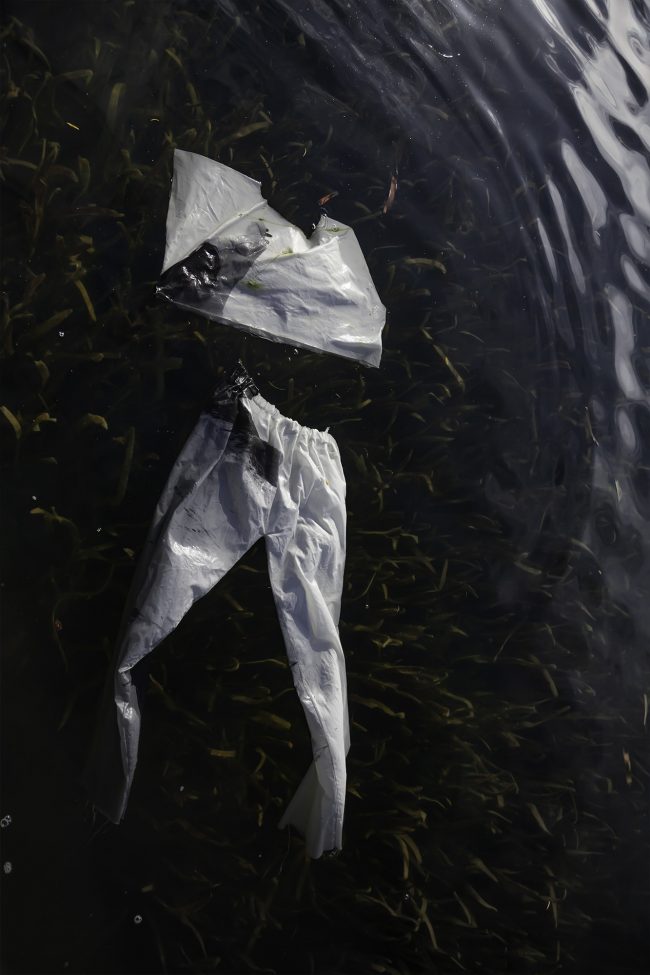 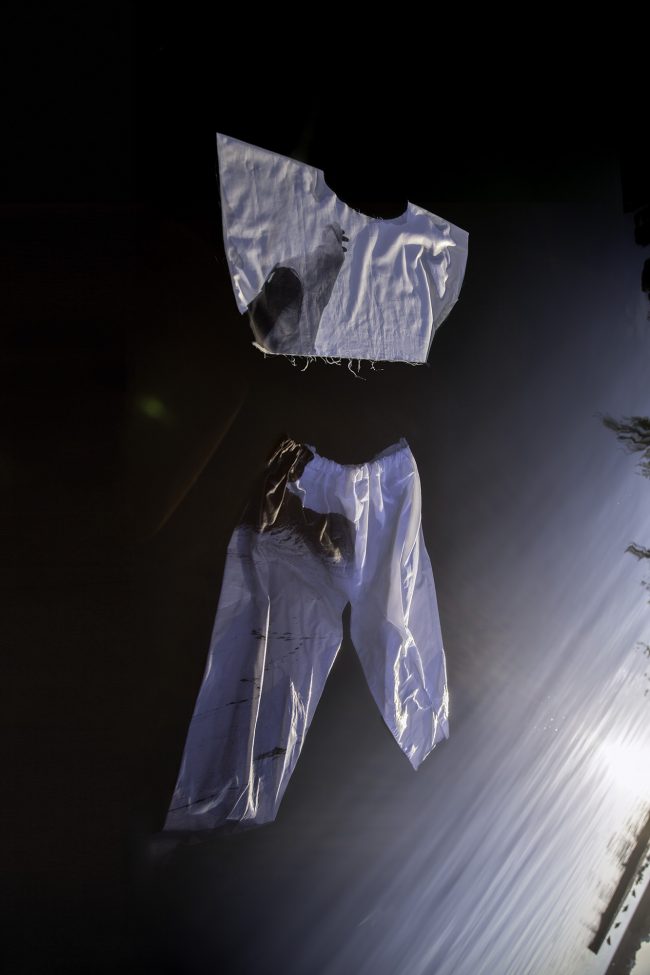 Ages ago I sent sample files to have printed on fabric. Finally, they came back. I like the material but the colors are totally off. I don't think it's realistic to have them printed in the right colors on time. 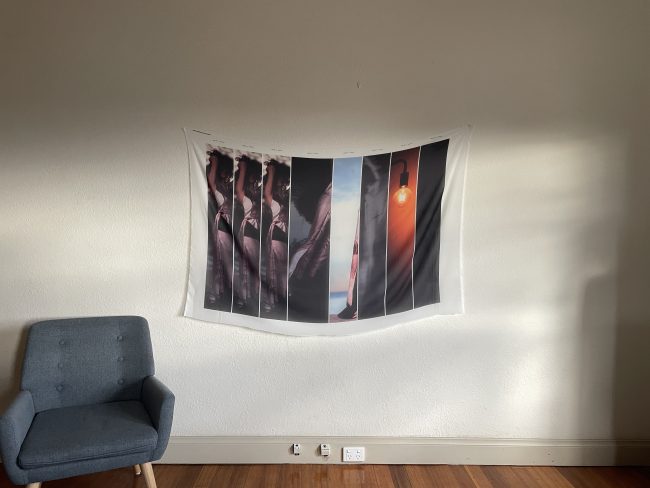 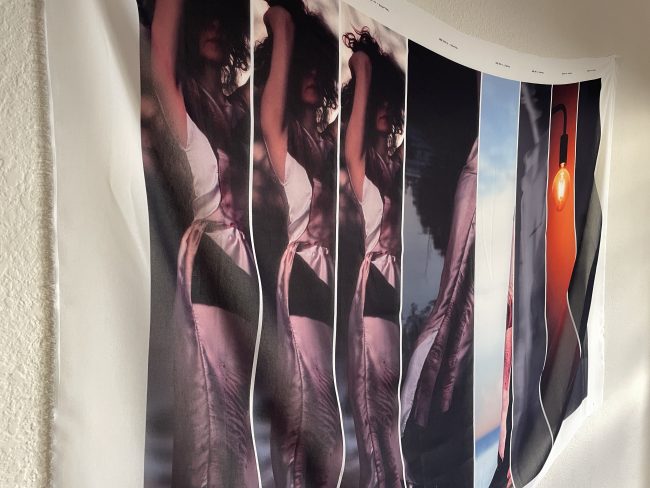 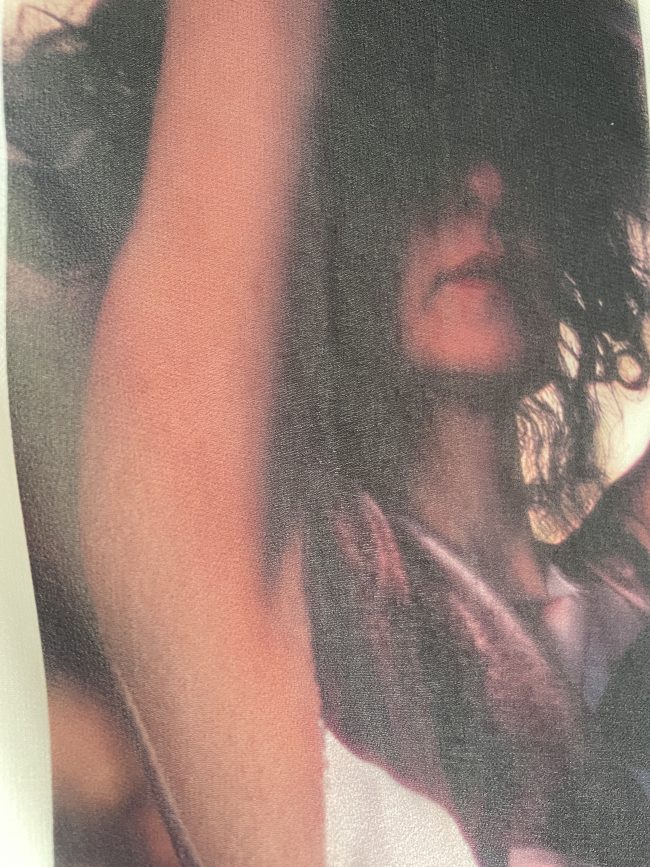 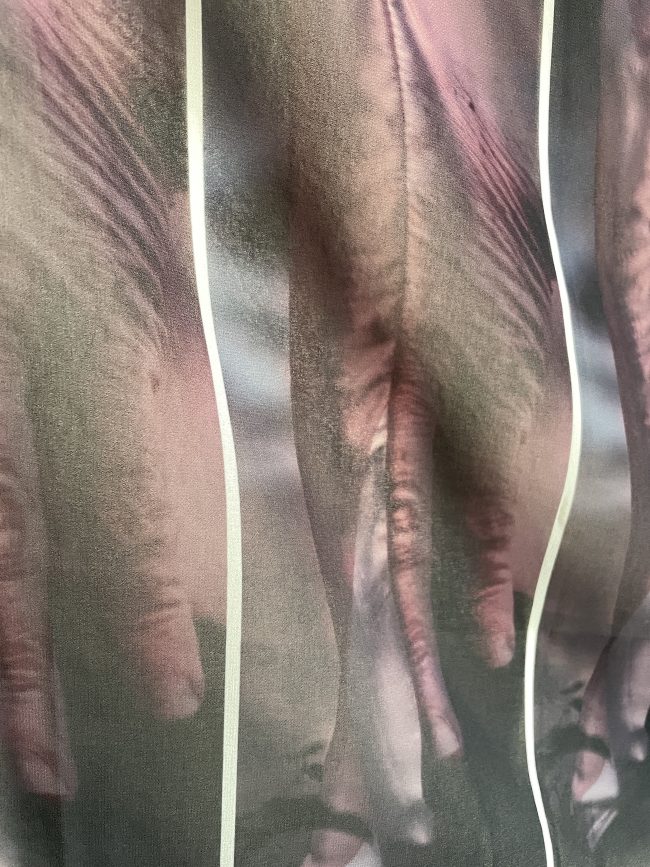 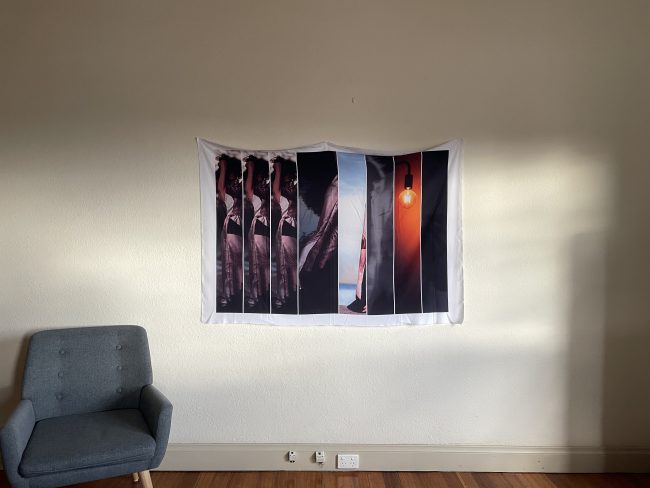 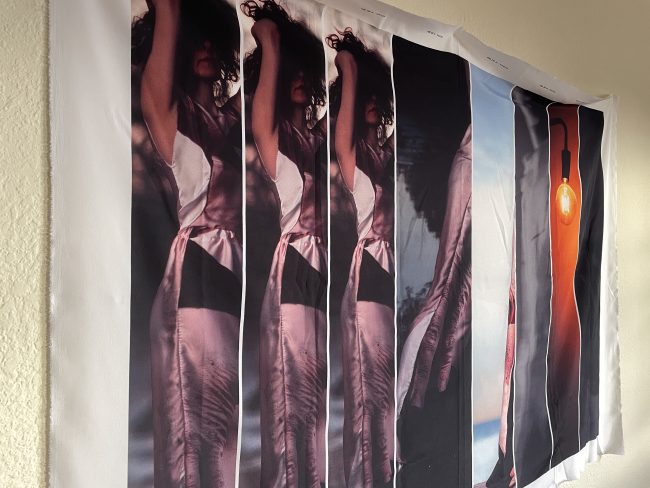 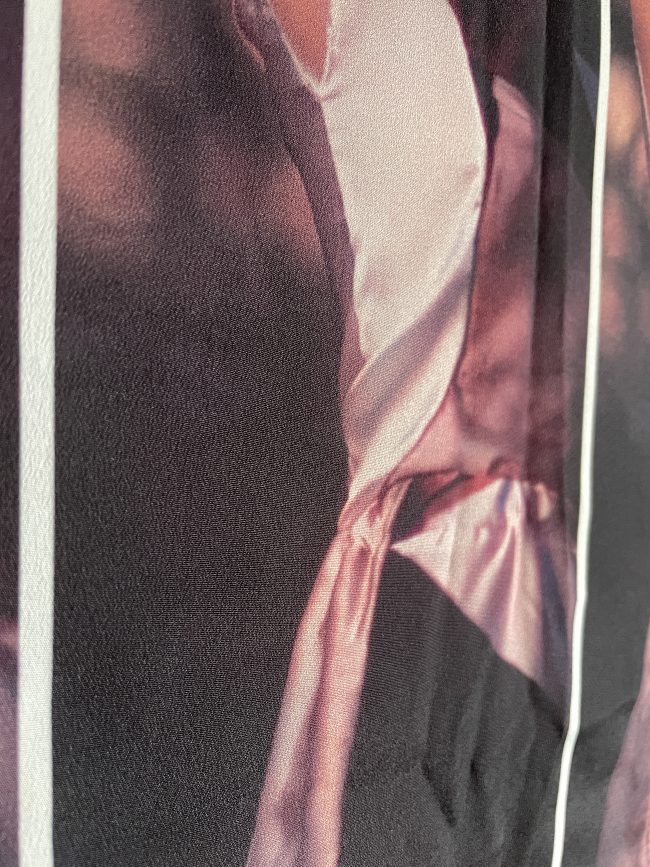 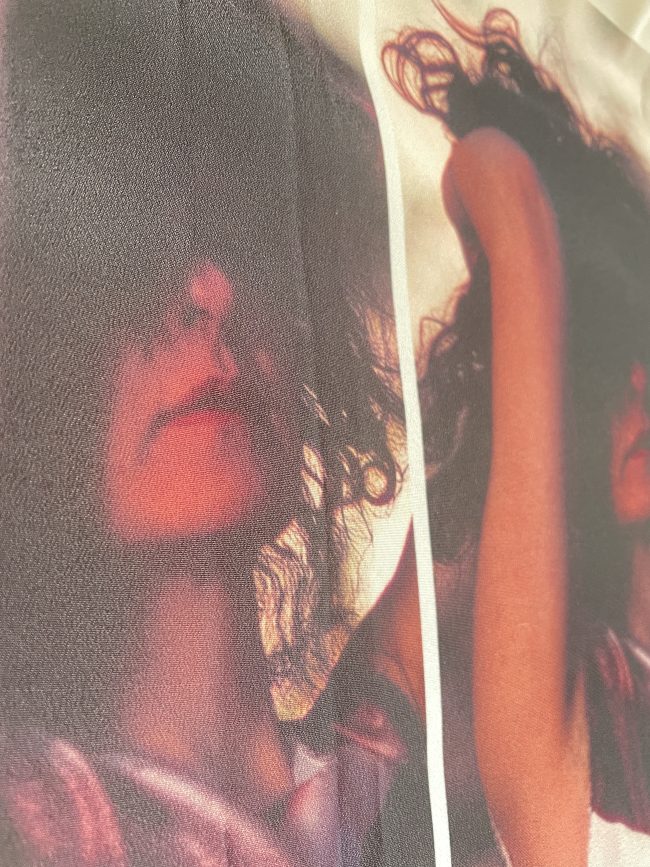